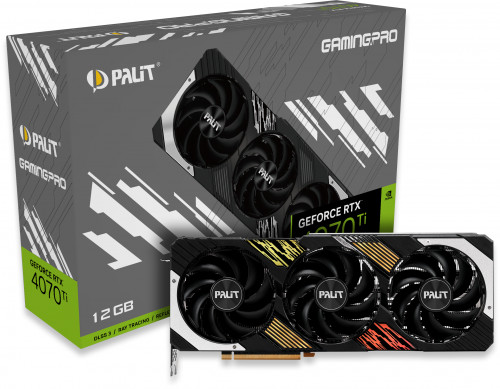 Combining an iron-black and silver-grey rigid industrial design with ARGB support, the GeForce RTX 4070 Ti GamingPro with DLSS 3 easily fits into any build. Equipped with solid thermal module including the all-new Gale Hunter Fan and Y Formula Fins, the model is capable of accomplishing any gaming and creator task at hand. For users who are addicted to basic but classic designed graphics card, the Palit GamingPro Series will be your best choice.

The Ada architecture unleashes the full glory of ray tracing, which simulates how light behaves in the real world. With the power of RTX 40 Series and third-gen RT Cores, you can experience incredibly detailed virtual worlds like never before. 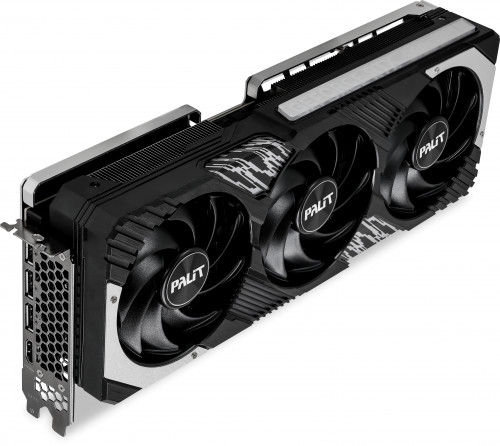 The fins are meticulously molded with turning angles to serve a function of air deflector, leading the air to channel through the fins more smoothly. This tech also enlarges the contact area between air and fins.

The Composite Heat Pipes stably transfer the heat in the most efficient way not only under daily applications, but even under heavy loading conditions such as extreme gaming and overclocking.